As October begins you have probably started looking for warmer coats and anticipating all the seasonal drinks that come with it. Don’t worry, no judgements from me, I am the same! I go running for pumpkin flavoured everything as well, I understand. However, I would add another occasion to my list of exciting dates and moments to celebrate in the tenth month of the year- and that is Black History Month.

Despite a long-standing and well-documented presence within the UK, as well as a plethora of historical contributions, Black-British identity and legacy tend to go overlooked. October has been designated Black History Month since 1987 in the UK, yet wider recognition and celebration seems to be a result of contemporary events and conversations. Regardless of how we reached the point of wider acknowledgement, I am happy that it has happened!

I have been vocal about the lack of role models that looked like me in my area of work growing up as a black girl in London, and that has been one of my main motivations to create this series. I want black girls and boys to have no doubts that they can make a positive impact in the world and I believe that sharing the people who have inspired me and who continue to do so, is the perfect way to not only accomplish just that but also to celebrate this special occasion in which blackness can take centre stage in a world in which it often has been hidden.

Every week during this month, I will be sharing with you a figure (or a black-owned brand) that is doing important and successful work and that I admire. They can be from all over the spectrum but will mostly be from the world of business. I will go over who they are, how they have achieved what they have achieved and what it all means for greater equality in the industry.

For this first instalment, I thought no one would be better than former First Lady of the United States of America and certified icon- Michelle Obama. From the very first moment Barack Obama announced his hope-filled run for the American Presidency back in 2008, people took notice of the intelligent woman behind the Great Man. She was, and is, a great woman in her own right. Having graduated from both Princeton and Harvard with a law degree and excelled in her subsequent political and legal positions- Michelle is a force to be reckoned with.

She campaigned for her husband’s bid and delivered memorable speech after memorable speech. After his victory, she created and ran campaigns for poverty and childhood obesity awareness and alleviation; and for improved education. Her flawless style has also (rightfully) earned her the status of fashion icon!

Michelle’s strong and compassionate nature shined through her work and presence. That is why, even after the end of her term as First Lady, Michelle topped the 2020 Gallup poll as the most admired woman, for the third consecutive year.

This impressive resume is unmatched and is, therefore, no surprise that she holds a special place in the hearts of black people, and black women from all walks of life. She was the first Afro-American to hold the position of First Lady, breaking a glass ceiling that closes that gap in equality, even if a small bit. Her poise and hard work have also served as a massive inspiration for my work within business, and for other women like me trying to navigate an environment that can often be hostile.

When I was a young girl, I could hardly imagine ever holding a position of power- it was just something that you didn’t see- but today, thanks to Michelle, there will be generations of black women and boys who will be moved by the mantra: “YES, WE CAN”.

Did you learn something new in this blog? How has Michelle inspired you? Itching to see which other figures have inspired me? Follow me on social media and let me know your thoughts, and stay updated on new blog posts! 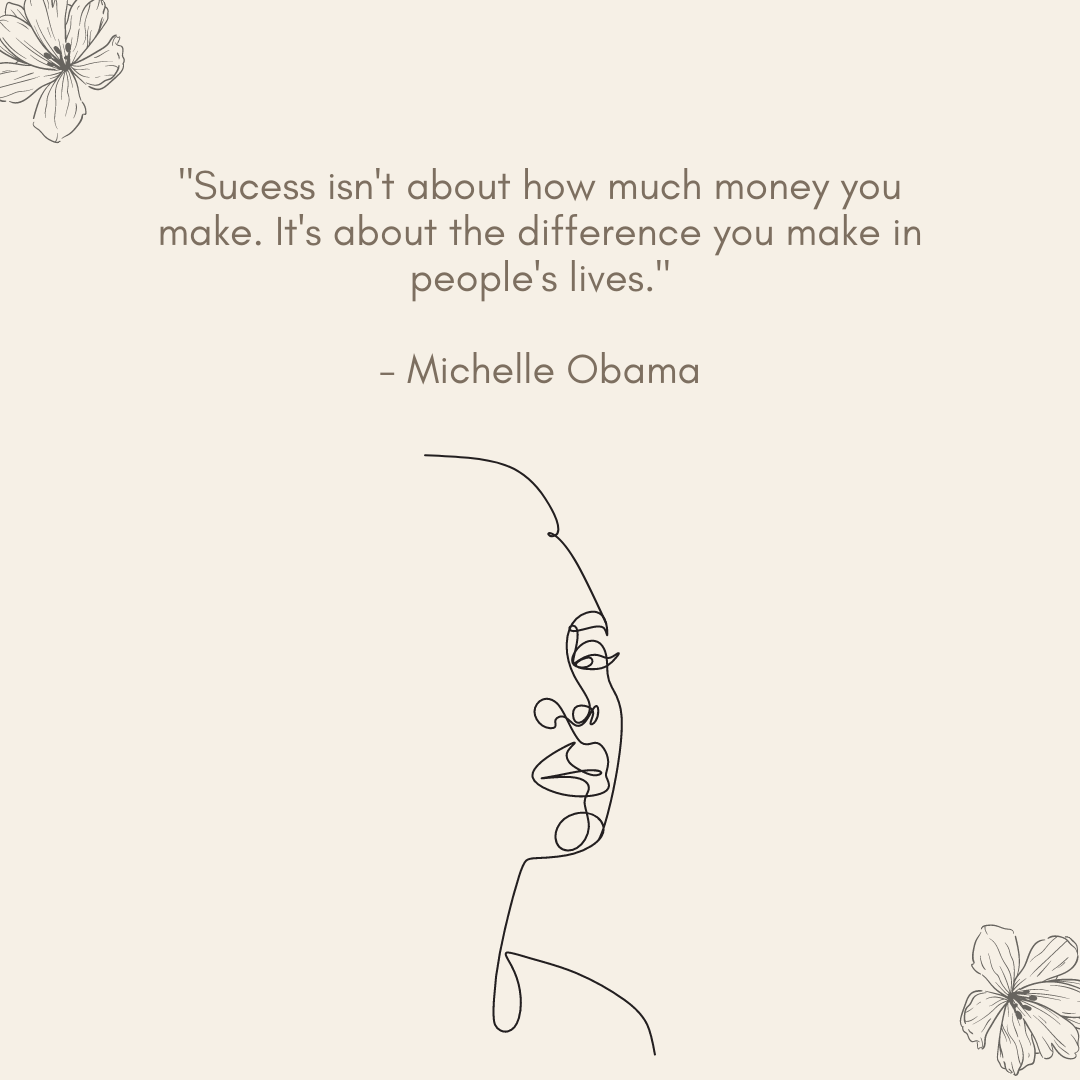 D& I specialist, #Marketing Expert, Multi-Award Winning #BusinessWoman & Coach. An #Entrepreneur with her own App!

Join me on Zoom Tomorrow,

I will also cover how you can obtain an NVQ Level 5 qualification in…https://lnkd.in/eM4gbX8d https://bit.ly/3qu5Ehg

Sorry for your loss x

0n Boxing Day, for reasons still unknown, suddenly and devastatingly our beautiful 3 year old son Alexander died. I want the world to know how much joy he brought to everyone's lives, but especially ours. We are lost without him. Please keep our gorgeous, kind boy in your hearts. 4

You have Successfully Subscribed!

* By entering your email, you are signing up to receive our emails and can unsubscribe at any time.